I don’t like being told what I should do by a European. Or by anyone else. Those people ofcourse are not limited to Europeans. Their leftist, goodwill based idiocy runs the gamut, but all have one thing in common… They want Utopia.
Our Founding Fathers used the preceding 2000 yrs of history as a guide to lead them to the specific reigns to put on government. 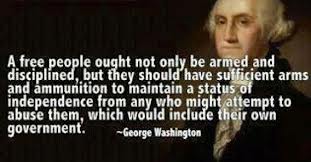 A MORAL and ARMED populace were necessary to guarantee those freedoms. Knowing that, I have one mission. To educate and refute Liberals.

Well, I have taken upon myself the task of reaching out to one of these misguided people. Piers Morgan(@piersmorgan on twitter). Piers is a Brit. He was born a Brit, raised a Brit, commited a crime as a Brit. And sees fit to lecture us as a Brit.

I’ve had some comments for him before when he took on Ben Shapiro, Ted Nugent and Dana Loesch concerning Gun Control. But on Sunday the 3rd of March 2013, I decided to unload my entire thoughts about why we (as Free Peoples) need a gun such as the Ar15 with HiCap Mags.

Here are the tweets in order:
TAReece ‏@RemyVTR15
#tcot #tlot #ccot #p2 @piersmorgan How many times does it take being destroyd n the Gun Deb8 4 u 2 start undrstanding gun RIGHTS? Pt 2 —->

TAReece ‏@RemyVTR15
#ccot #p2 #tcot #tlot @piersmorgan 8)The fact of the matter is that mental illness is a DANGER2 society. More of a danger than GUNS. pt9—>

TAReece ‏@RemyVTR15
#CCOT #P2 #TCOT #TLOT @piersmorgan There is NO reason 2rob me of my selfdefense,aganst tyranny or crime becuz o some whacko in Colo. pt9–>

TAReece ‏@RemyVTR15
#ccot #p2 #tcot #tlot @piersmorgan Nor does it need 2b. There r sick ppl in all nations/ Disrming the healthy does not fix the sick/ U Lose

As you can see, there is no REAL factual based argument for disarming honest, law abiding, morally rooted Americans. And there is scant reason to disarm the nutjobs either. When you assume someone is guilty because of their proclivities, demographics or conditions, you are judging the person before a crime is committed.
Our court system harkens back into history for guidance on how to handle crime and innocence.

The burden of proof lies on the one who brings the allegations.

In the 6th Century Roman Law they conceived the notion “Ei incumbit probatio qui dicit, non qui negat[1]—” Proof lies on him who asserts, not on him who denies”.

Further back, even Islamic Sharia Law places the burden onto the accuser. In Western History even the great Greeks had clashes between the poor and powerful.

Written by Aristotle himself, the Athenian Constitution [http://avalon.law.yale.edu/ancient/athe1.asp] gives a back story to the strife of those people. In the times of Pisistratus, who was a benevolent ‘tyrant’ according to Aristotle, Pisistratus disarmed his people in a deceptive way.

” He effected the disarmament of the people in the following manner. He ordered a parade in full armour in the Theseum, and began to make a speech to the people. He spoke for a short time, until the people called out that they could not hear him, whereupon he bade them come up to the entrance of the Acropolis, in order that his voice might be better heard. Then, while he continued to speak to them at great length, men whom he had appointed for the purpose collected the arms and locked them up in the chambers of the Theseum..”

Pisistratus, was temperate and mild, and Hence the tyranny of Pisistratus was often spoken of proverbially as ‘the age of gold’; for when his sons succeeded him the government became much harsher.”–Aristotle (Section 16 Athenian Constitution)

So again we see that short term comfort and benevolent tyrrany often devolves into a meaner and harsher iron fisted tyranny later, guaranteed by the disarmament of citizens.

History is rife with tyrannical gov’ts whose very existence can be traced back to a disarmed citizenry. With this in mind, one would think worldly educated people such as Piers Morgan would grasp that Freedom is best guaranteed by armed, educated citizens.

Unless they have something altogether different in mind. 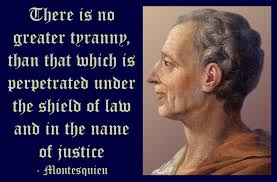