We, on the right, tend to look at things, or issues, in a logical and HISTORICAL manner. The left, however, feeds off of crisis’ and emotion. 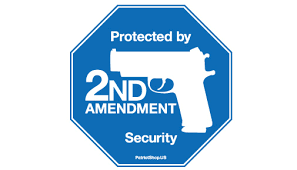 Recently, we’ve seen the left launch themselves on the gun control bandwagon, led by Diane “Dirty CCW” Feinstein, Barack “Skeet Shootin’ Obama and Piers “Carnage” Morgan. They’ve taken the issue of guns, once settled by GWB43 when he allowed the Assault Weapons Ban to expire, and rekindled the mantra “take guns off the street.”

Sandy Hook Elementary and the massacre of 20 innocent 10 year olds gave them the gusto to choose to fight this fight now. Just a month (after Obama was handed (yes, HANDED) his second term, a mad retard of a man burst into the school and killed a total of 26 victims. His first, ofcourse, was his Mother, from whom he had stolen the weapons used later at the school. She had looked into committing him to an institution and he was upset at the prospect.

If it wasn’t SHES it would have been somewhere else. When Gabby Giffords shooting and the Aurora theater shooting did not garner the public outcry needed to circumvent the Constitution, the media made darn sure that a shooting at an elementary school would.

Dianne Feinstein, a long time anti-gun advocate (who curiously enough saw fit to gain her CCW), sponsored legislation on 23 Jan 2013, a mere 3 days after Obama’s re-inauguration. The legislation bans all types of ‘black rifles’ and their pistol cousins (those that are based on the black rifle and AK platform). It does not ban kitchen knives that currently are under a possible ban in the UK (http://news.bbc.co.uk/2/hi/health/4581871.stm). 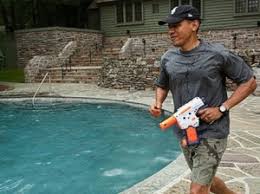 President Obama, who’se made a career out of not allowing a crisis to go wasted, went onto the campaign trail again to push through his new vision for a gunfree and mass killer free America. He’s feigned sorrow, even shedding tears for the victims in SHES, but he’s vigorously chomped on the basic American Right of the 2nd Amendment. He often takes people to Camp David to skeet shoot, but ignores that the 2nd has zero to do with hunting or shooting sports.

As far as the media is concerned, Bob Costas and Piers Morgan are easily two of the most infantile and egregiously repulsive anti-gun commentators. Costas took to the air on Sunday Night Football during halftime to regale the nation with his vision of events. He absorbed a huge backlash and went on FoxNews to plead his case. (http://www.foxnews.com/opinion/2012/12/06/bob-costas-cant-shoot-straight-when-it-comes-to-guns/) 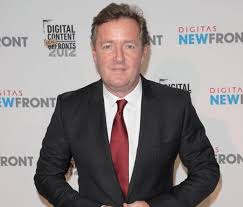 Morgan however, continues to plod along, getting the dregs of society to watch his show while he focuses endlessly on the question, “Why do Americans need an AR15?” Despite the continual answers given to him by his guests (including a Dana Loesch @dloesch), Morgan refuses to move on from the argument with any type of understanding of the issue. He just doesn’t get it.

Perhaps he’s forgot William Wallace and the resulting rising that gained momentum, as men ‘oppressed by the burden of servitude under the intolerable rule of English domination’ joined him ‘like a swarm of bees’. (http://www.bbc.co.uk/history/scottishhistory/independence/features_independence_wallace.shtml)

The fact remains that despite how we perceive our current place in history’s ‘civility’, there have ALWAYS been conflict between people of power and the serfs or the citizens of the day.

The 2nd Amendment is based on HISTORICAL needs and lessons learned from blood lost and lives sacrificed to garner a person’s liberty and rights that were given to him by simply being born.

A couple of things are bothering me about the way Conservatives are fighting this fight. It seems our pat answer to the Libs ‘point’ of 11000 gun deaths a yr is to point out that the vast majority of those victims were killed with handguns. This is a self-defeating point that we’d be wise not to continue to make. We need to make the point that the right to bear arms is an ANCESTREAL and historical right that prevents tyrannical despots from usurping the liberty from the governed. It protects the hierarchy of our government where the citizens are the ultimate owners of the country and elected officials work on our behest.

I often wonder if other people think. I mean they go about their daily lives, seemingly oblivious to the doom and destruction that is (and has been) wrought onto our nation over the last 50 yrs.
They drive their cars, listening to their Iphones, talking or texting on their smartphones, yet give very little attention to the fact that their various freedoms are being dissolved with every breath they take.
Thoughtless negligence of citizens allows people with evil intent free reign to damage the greatest nation on earth.
I try to keep this blog full of MY thoughts. Not regurgitated reposts from other blogs or news sites. I’m from the time where you were taught that you as an individual were powerful enough to get up on the soap box and let loose onthe government and influence the world around you.
A lot of people allowed that right to atrophy in the past, but starting in the year 2010, the grass roots reignited and led a TeaParty landslide. But now is there staying power in the TP?
If the GOP wins with a huge push by the TP, will the elites stay firm to the conservative agenda or will they compromise and wilt under WASHINGTON-itis?
If there is a massive sweep by the GOP there needs to be follow through.
I mean THIS is what we’re competing against:
How can smart people spout these things with any credence? How can they sleep at night or look at themselves in the mirror? Is the POWER by being in Washington REALLY worth dishonesty? “In Chainnns!”, “Back to Jim Crow”, “Tornado through rest homes”… really?

Simply put, the leftist media focuses on accentuating the mistakes and misdeeds of the right, while ignoring or lying about the same misdeeds of the left.
Numerous examples abound of the double standard of the left. Small snippets and eye blinks of coverage are given to the ‘bit’ of double standard that exists. When you have 80% of your reporters identifying with one side of the political spectrum, then you will get coverage slanted in that light.
Bill Maher, among others, slobber all over themselves to come up with new disgusting and viral ways to insult, denigrate, embarrass, humiliate, and destroy any and all conservative people, including blacks and women. But let Rush Limbaugh or Glenn Beck slip once and all hell breaks loose. It’s hard to fight against a bloc that has most of every imaginable advantage in it’s quiver. Name a special interest…its probably a Democrat interest…. Name a news outlet… democrat leaning. Name a past president that often seeks out the press… It’s a Democrat….
Can you imagine where we’d get ‘the other side’s POV’ if there was not talk radio, cable or the internet? We’d be spoon fed the leftist agenda 24/7 if FoxNews, Rush, or Breitbart hadn’t come along.

Now, due to scandal overseas where they had little to do with, the parents of FoxNews is softening their right leaning stance and going more mainstream (under orders from Rupert, no accident this was after the scandal and while there were threats from the DOJ to investigate phone tapping here), Breitbart is dead and Rush just got hammered.
This is no accident. This is a part of a widely known plan to crush the burgeoning momentum the right received from the grassroots Tea Party in 2010. Even the IRS is investigating the TP for various things hoping to quash the movement at the very time that the Liberty of our children hangs in the balance.
When you boast of infiltrating gov’t at every level, in every department (see my brief on the OWS-Anarchist video), when you control the knowledge taught to 3 generations (Public schools/universities), when you control the media where the masses get their ‘news’ (80% identify with Democrats), when you control the entertainment industry (movies, music, TV, etc), you have incredible power to affect change in a country.
The only cracks are the examples I laid out before. And THEY, those FEW examples of independent and contrarian thought, spawned the biggest mass grassroots political demonstration in the past 50 years, if not ever in American history.
Why is the left so scared of the right? Because, truth is a light. The light shined upon the weary, tax oppressed middle class of America and they answered the call to stand and be counted. The left saw that millions took the ball and ran. They organized as never before. They came out and were involved…as never before. They voted and changed the political landscape, as they never had before. They pushed back against the machine and the machine took notes.
The machine can’t let it happen again. 2012 will be a tough political year. All the tricks will come out from the left. More dead people than ever will vote more than ever.

They will employ all sorts of intimidation (remember the Black Panthers with clubs in Philly?). Expect that elsewhere. By hook, or by crook, the left will try to assure Obama’s reelection and reverse the TP momentum.
I have called this before. It’s inevitable. 2012 will be a tipping point for our future. We either rise up and go to the ballot box in droves, or allow the status quo to continue and accept the loss of this great nation to those that have been working for 100 years to finally succeed in destroying what was Man’s Greatest Experiment.