I was sitting on my throne… yes THAT one, and it came to me.
Just how the hell do the Democrats win?
It’s quite simple really, once I put the ‘ooomph’ into my thoughts.

They are a conglomeration of diehard, rabidly devoted, one issue ego-maniacs that do not acknowledge the opponents point-of-view.
The Republicans are a like a pair of fighting siblings. They know how to behave and they mean well, but they still get on the wrong side of Dad’s belt. 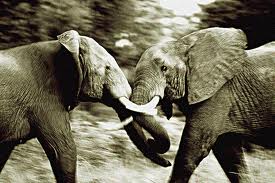 The GOP finds itself fighting on several fronts, divided against a myriad of combatants coming from every angle and every conceivable issue. From Illegal Immigration, to Gay Rights, to Austerity and Abortion and “Womens Rights” the GOP is standing with one hand behind its back flailing madly back and forth with its shield trying to fend off the overwhelming onslaught of ‘progressive’ minions trying to exorcise righteousness and proven governmental practices from the Republic. 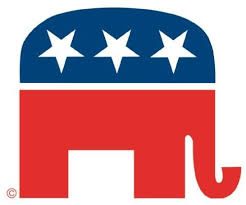 We saw this with the Civil Rights Movement (which was the last true bonafide righteous uprising) where people took to the streets in protest over mistreatment. We saw it with Vietnam, the ERA, various union strikes in the 70’s, and more importantly, the exclusion of God from schools and the infiltration of liberalism into the Primary School System.

The GOP tried to hold the ground on ALL fronts while systematically losing ground to each movement. Unions died once companies started their overseas investments. The ERA died not from anything the GOP did, but once Gov’t funded abortions became legal , you saw ZERO push for more “womens rights” since (maybe a token push on wages, but NOTHING like the effort put into the Abortion fight).

The GOP has always been on the defensive, trying to keep the progressive surge in check and muted. But, as we’ve seen, the tidal wave of ignorance brought from poor education was brought to the fore with the election and Reelection of Obama.

So what is the answer for the right wing?

Education. Involvement. Dedication. Loyalty. Common defense of the common man. The Twitter wars between different elements of the rising right must diminish. We are on the SAME side. Atleast we’re supposed to be.
The opposition are DEMOCRATS. We need to support all those that carry the “Do not tread on me” banner. The Freedom banner. The LIBERTY banner. We’ll have some trolls and some infiltrators, but we then strike back hard and demand proper debate for their arguments.

The GOP is on life support. It MAY stay alive in name only, but it is forever changed. 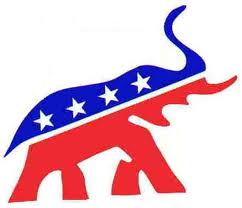 I often wonder if other people think. I mean they go about their daily lives, seemingly oblivious to the doom and destruction that is (and has been) wrought onto our nation over the last 50 yrs.
They drive their cars, listening to their Iphones, talking or texting on their smartphones, yet give very little attention to the fact that their various freedoms are being dissolved with every breath they take.
Thoughtless negligence of citizens allows people with evil intent free reign to damage the greatest nation on earth.
I try to keep this blog full of MY thoughts. Not regurgitated reposts from other blogs or news sites. I’m from the time where you were taught that you as an individual were powerful enough to get up on the soap box and let loose onthe government and influence the world around you.
A lot of people allowed that right to atrophy in the past, but starting in the year 2010, the grass roots reignited and led a TeaParty landslide. But now is there staying power in the TP?
If the GOP wins with a huge push by the TP, will the elites stay firm to the conservative agenda or will they compromise and wilt under WASHINGTON-itis?
If there is a massive sweep by the GOP there needs to be follow through.
I mean THIS is what we’re competing against:
How can smart people spout these things with any credence? How can they sleep at night or look at themselves in the mirror? Is the POWER by being in Washington REALLY worth dishonesty? “In Chainnns!”, “Back to Jim Crow”, “Tornado through rest homes”… really?

Simply put, the leftist media focuses on accentuating the mistakes and misdeeds of the right, while ignoring or lying about the same misdeeds of the left.
Numerous examples abound of the double standard of the left. Small snippets and eye blinks of coverage are given to the ‘bit’ of double standard that exists. When you have 80% of your reporters identifying with one side of the political spectrum, then you will get coverage slanted in that light.
Bill Maher, among others, slobber all over themselves to come up with new disgusting and viral ways to insult, denigrate, embarrass, humiliate, and destroy any and all conservative people, including blacks and women. But let Rush Limbaugh or Glenn Beck slip once and all hell breaks loose. It’s hard to fight against a bloc that has most of every imaginable advantage in it’s quiver. Name a special interest…its probably a Democrat interest…. Name a news outlet… democrat leaning. Name a past president that often seeks out the press… It’s a Democrat….
Can you imagine where we’d get ‘the other side’s POV’ if there was not talk radio, cable or the internet? We’d be spoon fed the leftist agenda 24/7 if FoxNews, Rush, or Breitbart hadn’t come along.

Now, due to scandal overseas where they had little to do with, the parents of FoxNews is softening their right leaning stance and going more mainstream (under orders from Rupert, no accident this was after the scandal and while there were threats from the DOJ to investigate phone tapping here), Breitbart is dead and Rush just got hammered.
This is no accident. This is a part of a widely known plan to crush the burgeoning momentum the right received from the grassroots Tea Party in 2010. Even the IRS is investigating the TP for various things hoping to quash the movement at the very time that the Liberty of our children hangs in the balance.
When you boast of infiltrating gov’t at every level, in every department (see my brief on the OWS-Anarchist video), when you control the knowledge taught to 3 generations (Public schools/universities), when you control the media where the masses get their ‘news’ (80% identify with Democrats), when you control the entertainment industry (movies, music, TV, etc), you have incredible power to affect change in a country.
The only cracks are the examples I laid out before. And THEY, those FEW examples of independent and contrarian thought, spawned the biggest mass grassroots political demonstration in the past 50 years, if not ever in American history.
Why is the left so scared of the right? Because, truth is a light. The light shined upon the weary, tax oppressed middle class of America and they answered the call to stand and be counted. The left saw that millions took the ball and ran. They organized as never before. They came out and were involved…as never before. They voted and changed the political landscape, as they never had before. They pushed back against the machine and the machine took notes.
The machine can’t let it happen again. 2012 will be a tough political year. All the tricks will come out from the left. More dead people than ever will vote more than ever.

They will employ all sorts of intimidation (remember the Black Panthers with clubs in Philly?). Expect that elsewhere. By hook, or by crook, the left will try to assure Obama’s reelection and reverse the TP momentum.
I have called this before. It’s inevitable. 2012 will be a tipping point for our future. We either rise up and go to the ballot box in droves, or allow the status quo to continue and accept the loss of this great nation to those that have been working for 100 years to finally succeed in destroying what was Man’s Greatest Experiment.